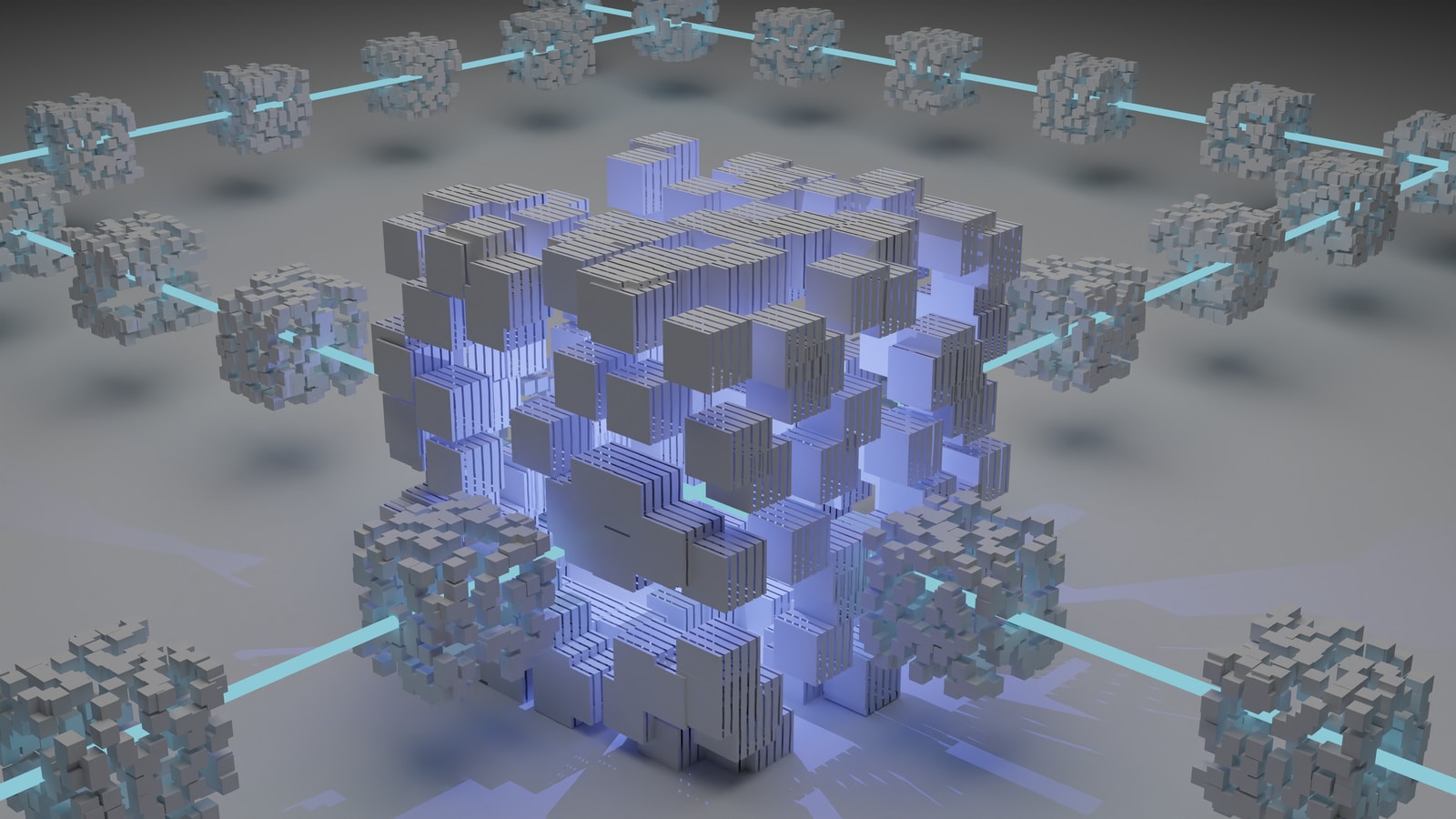 NFT Website Hitpiece Is Under Fire for Copyright Infringement

Hitpiece, a recently launched NFT website that focuses on selling music tokens is under fire for how it went about its process. The fire first started on Reddit and then moved to Twitter and LinkedIn, where many people are claiming Hitpiece stole their music and album artwork. In a bit of a shocking and embarrassing move by the company’s developers, Hitpiece decided to take data from Spotify and sell it for a profit. 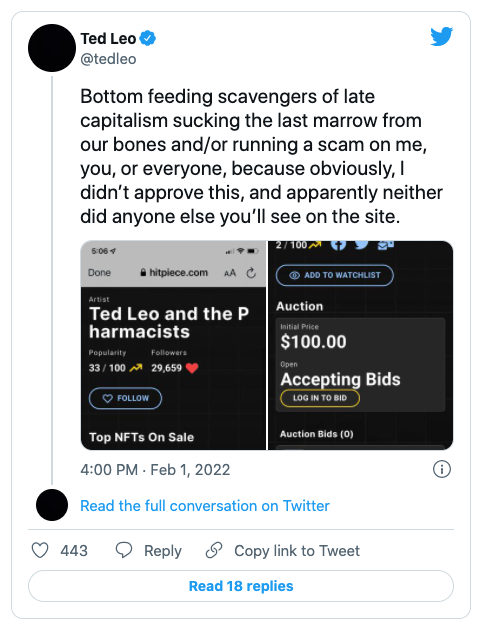 It was the Reddit community’s discovery that Hitpiece was selling Spotify audio files for NFTs under the guise of music. Not only did Hitpiece violate Github’s Creative Commons guidelines, but it also used copied artwork from artists, including larger commercial bands and independent musicians, to put next to each token. The use of artists’ creative (both audio and album art) has upset many fans, artists and record labels. All parties took to social media to express their distaste for the company.

One Reddit user discovered Hitpiece had been given access to Spotify’s API, then incorrectly used the data by displaying it on its own website. The problem, noticed by web developers, is that the content was directly lifted from Spotify. From the artist’s ID number to artwork tracing back to Spotify’s CDN, Hitwise lifted the entire code base. Further, Hitpeice decided to use the content from Spotify, but didn’t provide any credit. No credit to Spotify, artists or record labels. 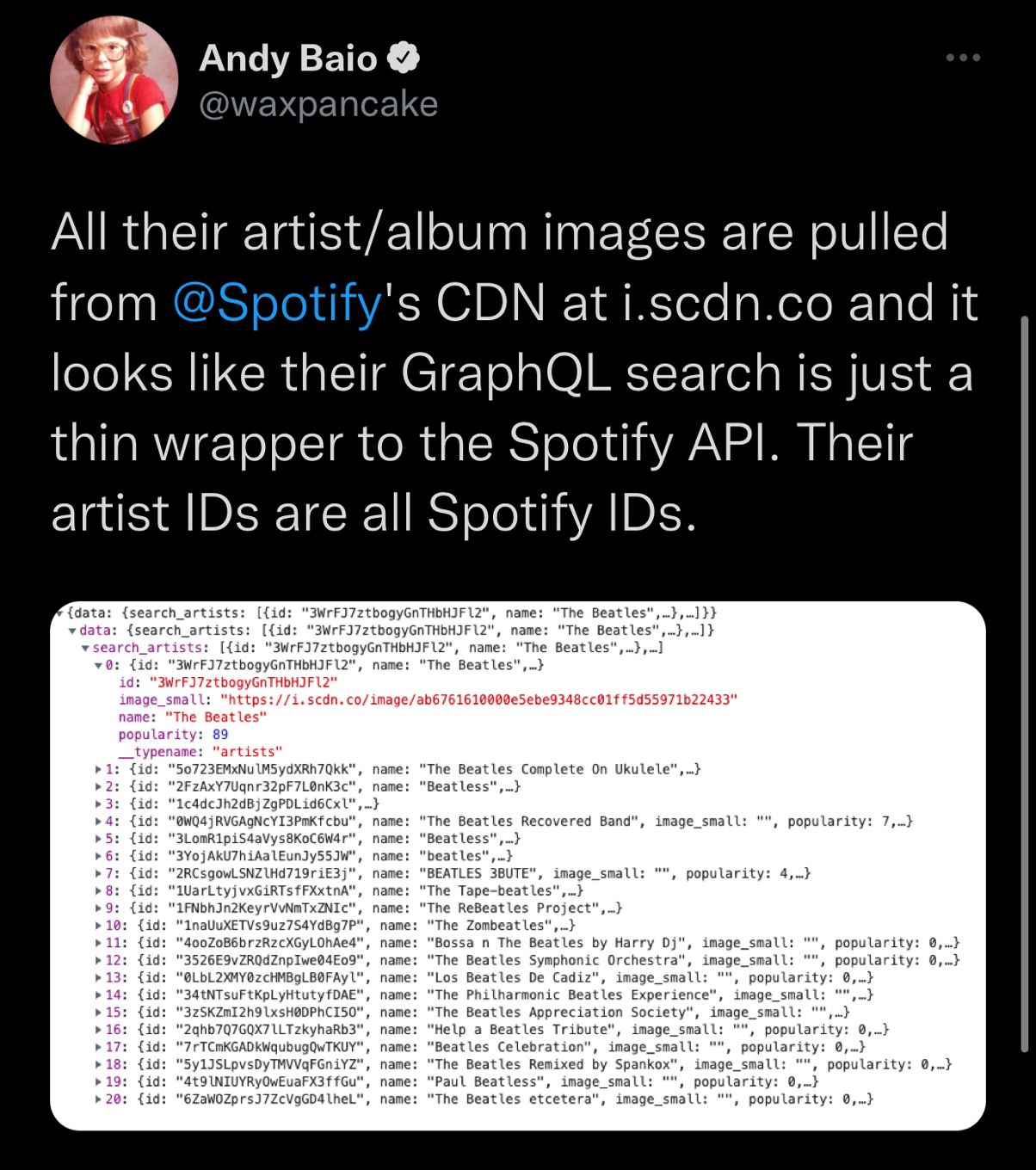 Without permission, Hitpiece was selling songs as NFTs for hundreds and thousands of dollars. Can you imagine thinking this was a good idea? First, you take code and content directly from a larger music sharing company (Spotify), then you steal from artists and music labels? 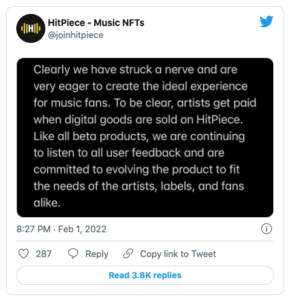 Hitpiece looked as if they were avoiding critical response on social media as Twitter threads, subreddits and LinkedIn posts remained unresponded to. They quietly took the site down, showing the homepage resolving as a 403 Forbidden error. However, Hitpiece chose not to 403 or 301 redirect other pages of the site to its homepage. This left its artist pages exposed to the general public who were quickly discovering the fraudulent behavior. Many artists, both large commercial names and smaller independent artists found their content listed for sale on Hitpiece.

Late Tuesday evening Hitpiece took to Twitter to respond to its critics. It also updated its website and properly 301 redirected all inner pages to its homepage. The single sentence on the homepage reads We Started the Conversation and We’re Listening.

The Legal Consequences of Hitpiece & Its Copyright Infringement

The problem for Hitpiece is that theft is theft.

This is copyright infringement no matter how you choose to look at it and it’s punishable by law. Whether or not they’ll be liable for a civil lawsuit remains to be seen. And the fact that the website owners acted quickly in taking the website down doesn’t negate the fact that Hitpiece stole from hundreds of artists and record labels in an attempt to profit from their work.

The company believes it is starting a new conversation on copyright law and music rights in the digital era where blockchain technology is highly unregulated. I would be very interested to see if the judge in their lawsuit (a lawsuit is inevitable) would feel the same. 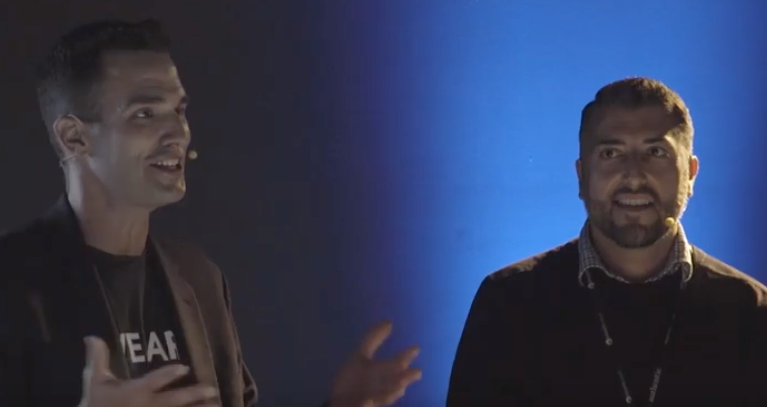 Jeff Romero is the co-founder of Octiv Digital and writes about topics in SEO, paid search advertising, web development, WordPress, e-commerce and more. Jeff has been featured in the Huffington Post, Medium, ManyChat, Realty Times and many SEO blogs.